A 12 year old, TB gelding used for 3 day eventing presented to the SVEC surgical service last week with a swollen left hock and lame at the walk. Radiographs of the left hock are pictured below.

What is your diagnosis and next steps/treatments? 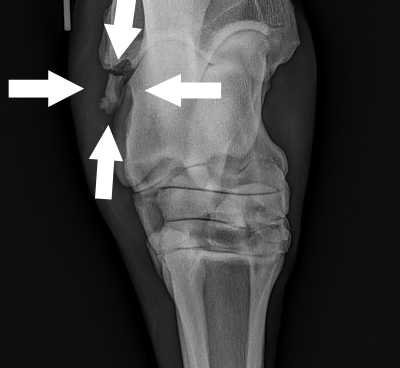 Answer: Radiographs revealed a fracture of the lateral malleolus of the tibia in the left hock. A digital Ultrasound of the short/long collateral ligaments of the hock were evaluated and found to be intact.  Ultrasound also revealed the majority of the malleolar fracture was in the joint.  Based on this information, the horse was placed under general anesthesia for arthroscopic removal of the fragment from the hock. Initially the synovial fluid was bloody, due to the fracture. Arthroscopic evaluation of the joint revealed the fracture fragment from the lateral malleolus embedded in the soft tissues, but no other abnormalities were observed. The fracture fragment was dissected from the short collateral ligaments and removed mostly intact with several smaller fragments. Intra-operative radiographs revealed that the entire fragment had been removed, although there were a few very small fragments, which appeared to be embedded in the soft tissues. The joint was thoroughly lavaged and antibiotics were injected at the end of surgery.

We anticipate a full recovery, most of these guys return to their previous level of competition.  The major factors preventing returning to competition is major disruption of the collateral ligaments and if the fragment is greater than 3cm. 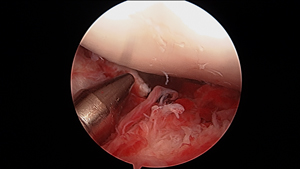 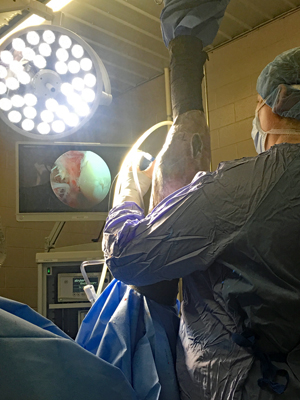 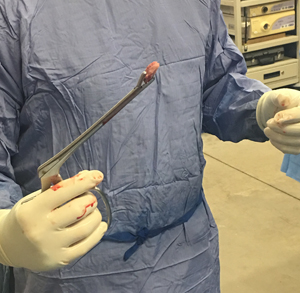 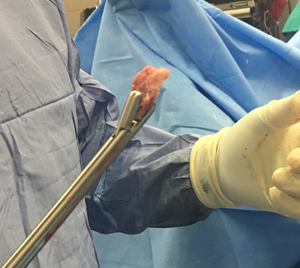