Dr. Gudehus moved to the Midwest from Germany where he has served as an equine surgery specialist. He is board certified by both the American College of Veterinary Surgeons (ACVS) and the European College of Equine Surgeons (ECVS). His love of horses and equestrian sports dates back to his early childhood, growing up in a family with a long history of horse riding and breeding. His interest in riding show-jumpers turned semi-professional as he finished high school and went on to veterinary school in Munich. After earning the German equivalent of the DVM degree, and completing an internship in Munich, he came to the U.S. for an internship in equine orthopedics in California, followed by a residency in equine surgery at the Louisiana State University School of Veterinary Medicine.

“This additional training in the U.S. exposed me to all the equine disciplines that I hadn’t seen until that point, especially thoroughbreds, racing quarter horses and a little bit of western performance,” said Dr. Gudehus. “That was followed by a two-year stint as a staff surgeon in Auckland, New Zealand, which added the very last discipline that I hadn’t worked on, which was Standardbreds.”

Dr. Gudehus returned to Germany with his wife, an American citizen and small animal veterinarian, to become the leading surgeon of one of the largest and fastest-growing hospitals in Europe, where he worked on Olympic level warmblood horses. “That adds up to 13 years as a veterinarian, almost ten in my surgical training, and six years as a boarded surgeon, on three continents and back, in every discipline,” he said.

He is proud and excited to bring his expertise to the Midwest and beyond. 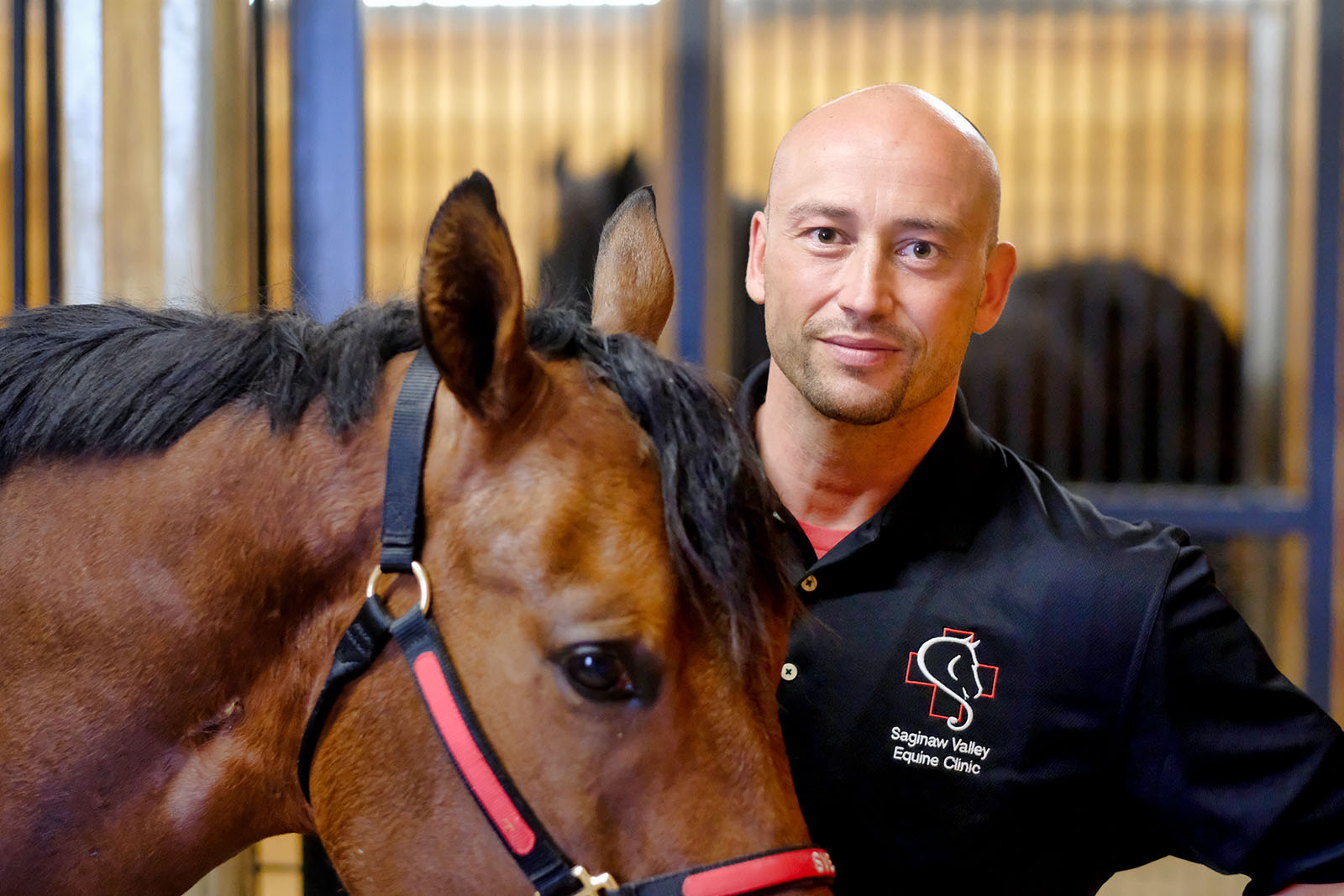