Dr. Brad Cumper earned his doctorate in veterinary medicine from Michigan State University.  His specific area of interest is sports medicine. He and his wife, Cami, have two daughters, Isabel and Peyton.

What do you do at SVEC?

I am one of the veterinarians and I look at quite a few lame horses. Lately, I try to stay out of everyone’s way. Luckily, I am surrounded by a team of great people.

What is your favorite part of your job?

The best part of my job is helping people accomplish their dreams.

What has been your favorite patient “case” at SVEC?

There has been so many grateful horse owners and friends who have used our clinic. Don’t get me wrong: I love the horses, but I do this to see people smile and achieve their goals. I can’t pick just one.

What has been your most difficult “case” at SVEC?

No doubt, it was a horse named Jack. I choke up just thinking about him. He was the most beautiful bay Warmblood you have ever seen. He was big boned and strong, but athletic and nimble. He had this soft look in his eye that spoke to you. His owner had several horses, but he was the golden child — he was special to her. He was well on his way to a career in dressage when a foot abscess soon turned into a coffin bone infection. He spent weeks in our clinic suffering from his ailment. He was so big and kind and gentle. I ended up euthanizing Jack at his farm, after countless treatments, laminitis and a colic surgery. Jack was gone, and what I had left was a memory of crying like a baby with his owner and a bit of his tail. What made Jack the most difficult case was the unwavering trust and faith his owner had in me as I cared for Jack. To this day, I think about that big bay gelding and his owner.

What are your greatest skills?

Cheryl says I teach well. Others say I relate well to horse owners.

How do those skills benefit horses and their owners?

I think it’s important to look at the world from the perspective of whom you’re serving. Relating to the horse and its owner helps us get together an action plan to help them accomplish their goals. 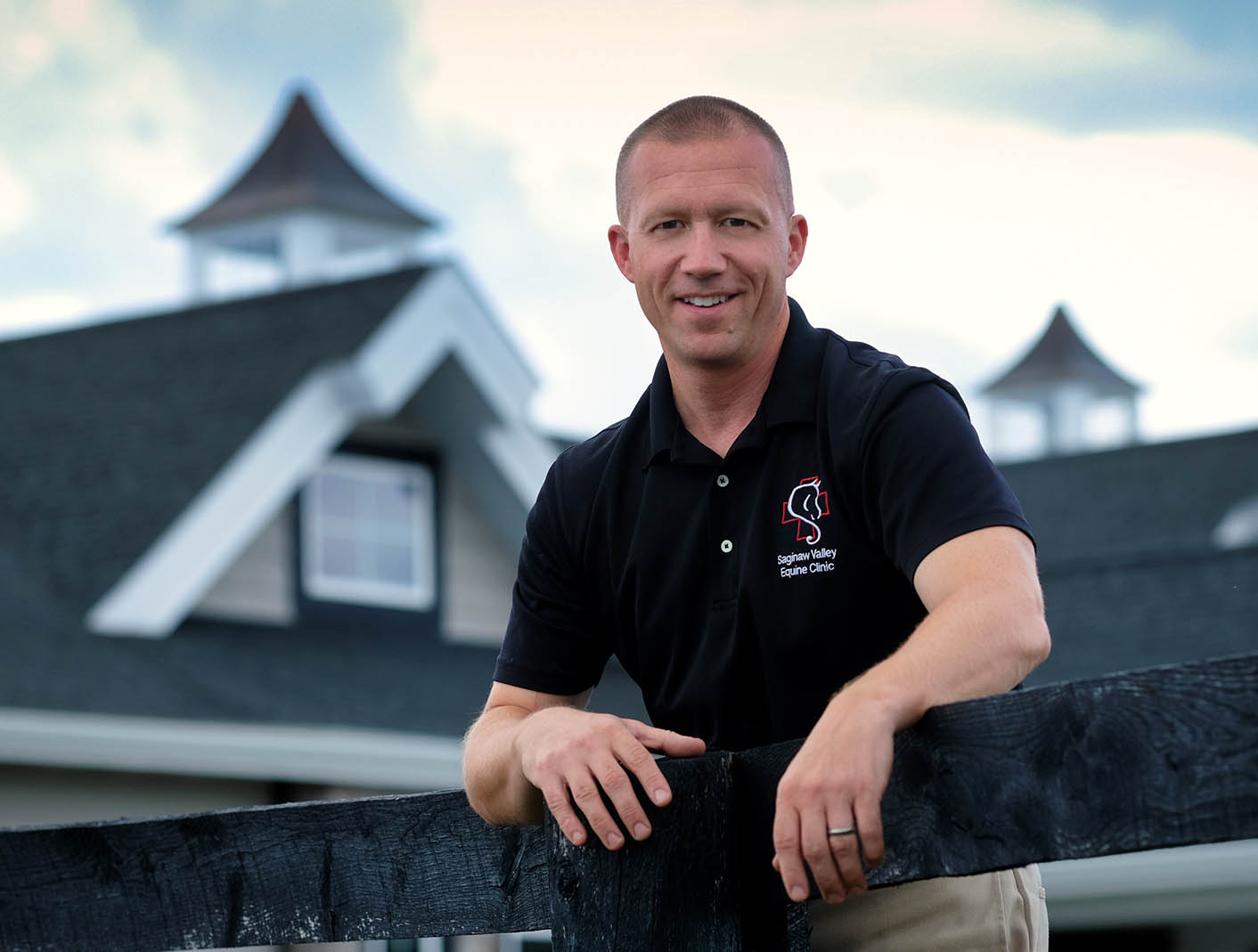